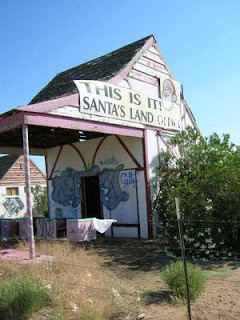 Was thinking about Santa Land today.  Beautiful Arizona...thinking about another trip yonder.  Merry Xmas.
Posted by DH at 9:28 PM No comments: 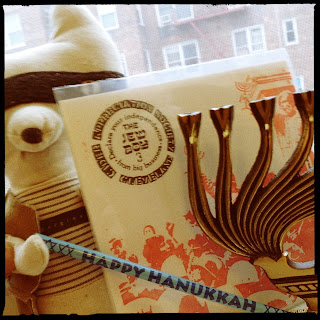 Badger wishes all a Happy Hanukka!  I missed out on tickets to see Yo La Tengo's residency at Maxwell's this week in honor of the holiday so Badger and I have been spinning that Cider EP and catching up on some reading/viewing instead.  A shame since last night's show looked especially great.

Alas, it's muggy and gross outside in NY and preferable to hang inside in PJs with a mug of coffee.  Here are some of the things that have been entertaining me...

Black Flag commercial for Rip City Skates.  Black Flag's complete and total media blanketing is part of their charm.  They were not only a brilliant band; not only inspirational for the sheer awesomeness of their label, touring, and overall DIY philosophy; their association with Raymond Pettibon and his influence on their image; but they inhabited any nook of media they were allowed.  No better example than this video (and the "Crass Commercialism" side of Everything Went Black).''

Here are a couple of examples of SST tuners, Ginn's pre-Flag (coexisting at the beginning) hobby. 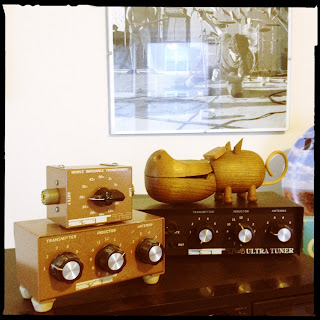 Jack White's New York Times profile was a fascinating read.  I'm a fan of both Jack's music and philosophy about music, so this long-form profile was a great peer into his aesthetics.

Mariano Rivera is set to return next year, thankfully.  I don't know what life will be like without him. This old article breaks down a decade of pundits declaring him too old.  I'm certain more will pour out in April and beyond, and just as certain the authors will eat their words.

A tale about high school, OZZY, and discovery.  A fun little tale that brought back a lot of memories, or at least hazy recollections, about my high school experience.  No Ozzy for me (Sabbath came later, still not on the Crazy Train) but a lot of this hit home.

Nirvana on Top of the Pops.  I'm not sure why, but I've spent a lot of time listening to Nirvana and thinking about their arc.  Could they have imagined they'd hit they way they did?  I doubt it, and it's understandable how they'd end up so uncomfortable with the world they ended up in.  So it's cool to see them take little jabs at their situation as with this video.  As WFMU explains, BBC asked the band to mimic their instruments and play the instrumental track from the album while Kurt performed a live vocal track.  This awesomeness was the result.

And now a couple of photos from Friday's Occupy Sandy/Stiller Foundation benefit that Tom Scharpling & Ted Leo put together. 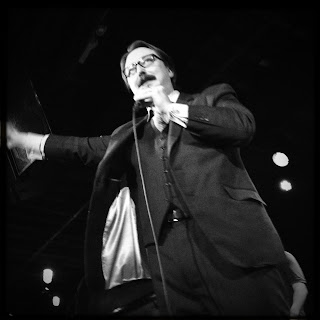 Auctioneer John Hodgman inspired the crowd to bid about $7-8K on the packages offered. 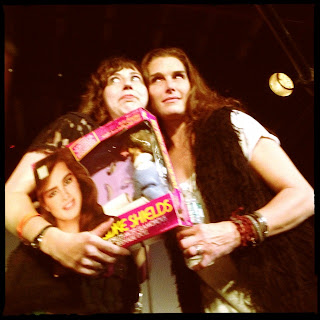 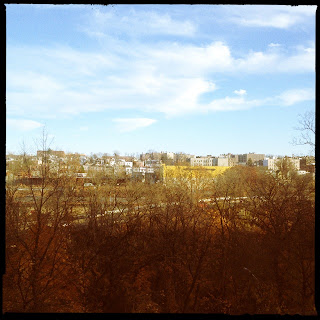 Despite what you may think, this lovely view was not plucked from a travel brochure or photo site, but is the scene outside my window just now.  It's a nice, sunny fall day and we've switched up our normal get the hell out of town Thanksgiving plans and have instead opted to spend the week sleeping in, sitting around listening to records, reading and maybe tackle a project or two 1.  Tonight is Sandwich Night, a holiday more meaningful than the one tomorrow and S is in the next room preparing.  It smells so festive.  And now, a random selection from this afternoon's playlist: 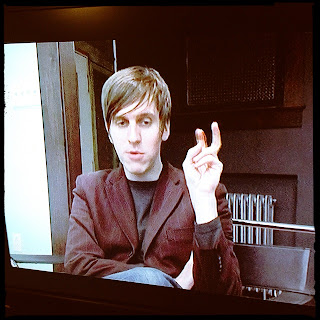 So much more fulfilling than American Hardcore or most other pastiche of talking heads styled tales of music scenes past.  Towncraft weaves a narrative around Little Rock, AR's punk scene which blossomed sometime in the late 80's.  That's no typo, by the way, as there was shockingly no underground music activity in the state before then, as the Discography can attest (putting 'Punk in Arkansas' on about the same timeline as 'punk in Central America').

Little Rock had a small, welcoming community full of kids going out of their way to make something happen.  The movie depicts an underground where every kid has a zine and probably a band, all hands are on deck running benefit shows and working towards something great.  After a couple of bigger bands left town, those who remained decided they needed to document what they had and worked together to issue a compilation album, "Towncraft".   Plenty of time was spent talking to members of Chino Horde and Soophie Nun Squad (which reminded me how much I dig Nate Powell's comics... I've got some catching up to do as he's continued to draw since I picked up my last). (Econochist were mentioned as one of the bands who split town  to move to the big city and get "signed" although the use of that term w/r/t Very Small and Ebullition seems a bit loaded).

Interestingly, one of the early punks on the scene was Matt Besser, who would move to Chicago and then New York (now LA) who would go on to found Upright Citizens Brigade Theater, which is very much a DIY enterprise and their philosophies are rooted in the punk scene ideals2 .

The film has a great website which has a ton of info including scans of zines, including one in which Besser unkindly reviews Crucifucks "Wisconsin" (which, as everyone knows, is a fucking fantastic album). 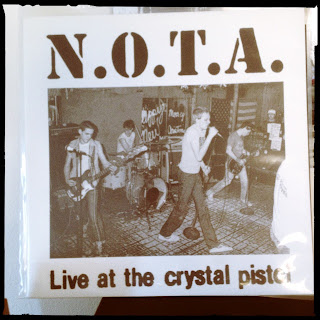 I think this is NOTA's finest moment.  Originally released as their demo, this is blistering, raw hardcore captured in peak form.  I love the proper NOTA releases that followed, but "Crystal Pistol" has the rage turned up to 11 with the fidelity down around 7 (which is the correct formula for HC).  Curiously, the aforementioned Arkansas entry on the Collectorscum discography notes that NOTA guitarist Russell is an Arkansas native so this musical selection was a nice, unintended accompaniment.

I always find it interesting to get a glimpse into the mind of a genius—what turns them on and inspires their creativity.  Naturally, I knew this book was going to be a winner before I flipped it open, but Waters did one better.  With his essays, he presents a deeply personal autobiography by looking at his role models and how they fit into his life.  He avoids the obvious choices and goes with unexpected (Johnny Mathis) and obscure (pornographer of Marines, Bobby Garcia).  The book is well researched; Waters tracked down and talked to most of his role models, a process which lead to more questions than answers. He is forced to explore aspects of their lives he'd rather not and reconcile against the what he originally found inspiring.

I've got some new friends. 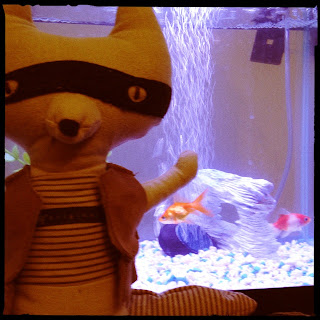 1 Fixed the drawers on our dresser so they open without a fight, addressed overflow of books by building some new shelving, etc.
2 Saw Chris Rock & Aziz Ansari at Whiplash at UCB on Monday night for free.  It was great.
Posted by DH at 3:12 PM No comments:

It's better that way.

Another post rescued from the obscurity of my drafts...unfinished, but better to put it out there than just delete.  We caught Jandek at the Flywheel in Easthampton, MA on October 1, 2011. 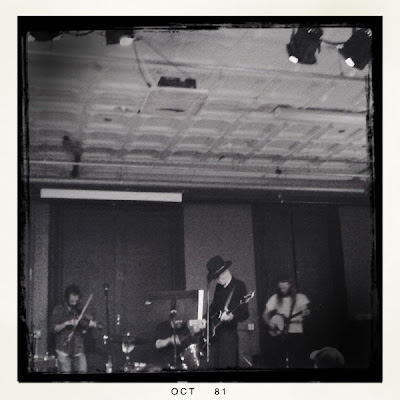 You May Not Get All The Answers You Want.
It's Better That Way.

The tail end of a rainstorm was lingering over Amherst when we arrived.  It was after noon on a Saturday, overcast and wet but not really raining anymore, so there was a bustle about town as people were starting to emerge and run errands.  As Sarah and I meandered around the region we noticed a buzz.  This is a small enough metropolis that nothing goes unreported on the gossip line and being out on the town is all it takes to be in the loop.  Over the last few days, we heard, The Representative From Corwood Industries1 was seen at Whole Foods, eating in Amherst, and as we made our rounds he was currently in the middle of an extended rehearsal. Every few minutes, it seemed, we overheard yet another update as someone onsite made a call out to the world, or ventured in with word from the rehearsal.

During the week leading up to Jandek's performance at the Flywheel, we'd theorized that we could be in store for anything.  Considering Western Mass has a population of local musicians into noise, experimental, and avante garde, it would most likely be some sort of loose jam.  Massive weirdness; formless songs.  We thought we'd figured out the mystery.

The band made their way to the stage at the exact time the show was advertised to start.  Each musician walked to their instruments, quietly fiddling with their gear for a moment before beginning as a unit.  Instantly, our expectations were shattered.  Jandek, it seems, was a more fluid and interesting project than we'd given credit. The Man in Black pounded away on a fretless bass.  He was accompanied by a pedal steel guitar, banjo, violin, and, on a few songs, female vocal counterpart.  Tonight's performance was good ol' country music.

Of course, Jandek playing country is still Jandek.  For two hours, the band played a set of structured, memorable songs full of distinct melodies, yet it was absolutely within the Jandek canon.  The sound was eerie, like a warbly, well-worn cassette of country tunes.  TRFCI's bangs on the bass provided a humming buzz. The band seemed to speed up or slow down unpredictably at times; displayed a surprising tenderness, especially when joined by Betsy Nichols on vocals; even showed a touch of humor, as when TRFCI (already wearing a Stetson) put on his glasses and sang, "A cowboy doesn't wear glasses"2.

The set was mesmerizing and the mysterious loner at the center let on, just a bit, that after 30 years and twice as many albums, he may not provide any answers, but his vision is as robust and fascinating as ever.  Since emerging from the shadows he has performed a stunningly diverse series, approaching many genres with his distinct aesthetic voice.  And in doing so, his story has become more mysterious.  It's better that way.


1Herein known as TRFCI.
2Or whatever the exact lyrics were...this is ballpark.
Posted by DH at 6:15 PM No comments: 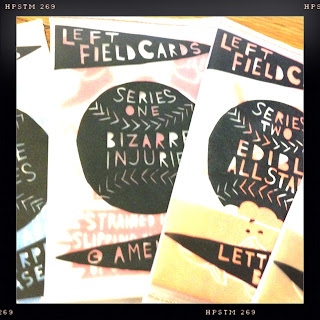 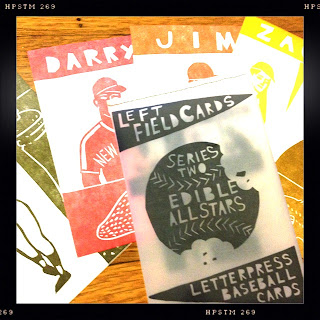 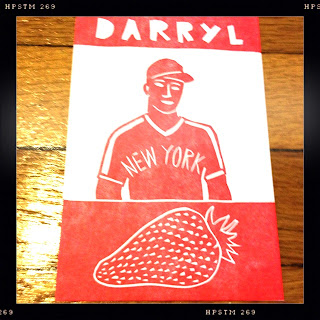 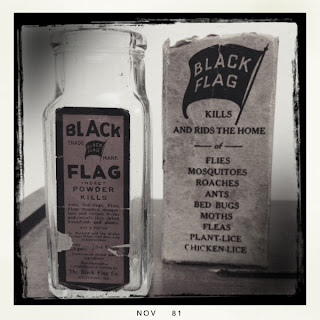 A find among the many poison bottles at a recent antique mall trip.
A quick one to prove that I'm still alive at this late date. I'd had a couple of posts drafted last fall that never got finished and had the bright idea 'round January that they could be consolidated into some sorta year end yee-ha.  Now that the calendar has flipped into April I think it's 'bout time to clear the docket, quality be damned, in bullet point form: 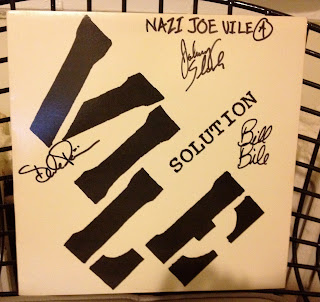 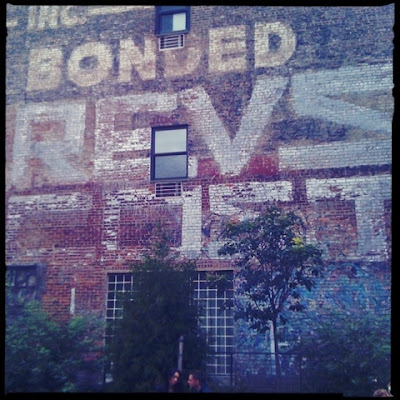 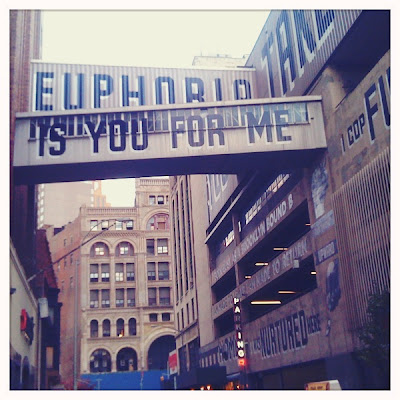 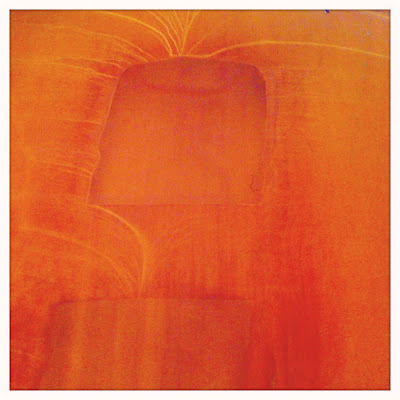 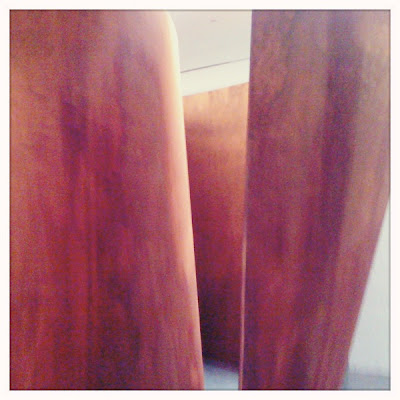 1The number one google search of this album returns a page with a review that sums up how I felt about the record when it was still new to me.  I'm conflicted these days, but I think I stand by much of what I wrote then (aside from the writing itself, which is tough to read ten years later without the opportunity to edit mightily).
2 Seriously, only the finest NYC food carts are featured but I do believe Blue Bottle Coffee ought to double their operation as the wait on the day of our visit was excruciating, and it would be just plain wrong to be within 10 blocks of a Blue Bottle operation without indulging. 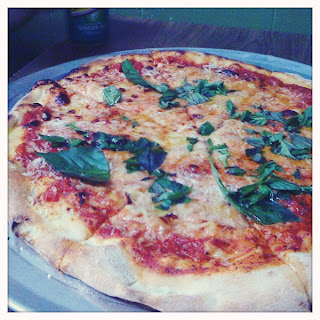